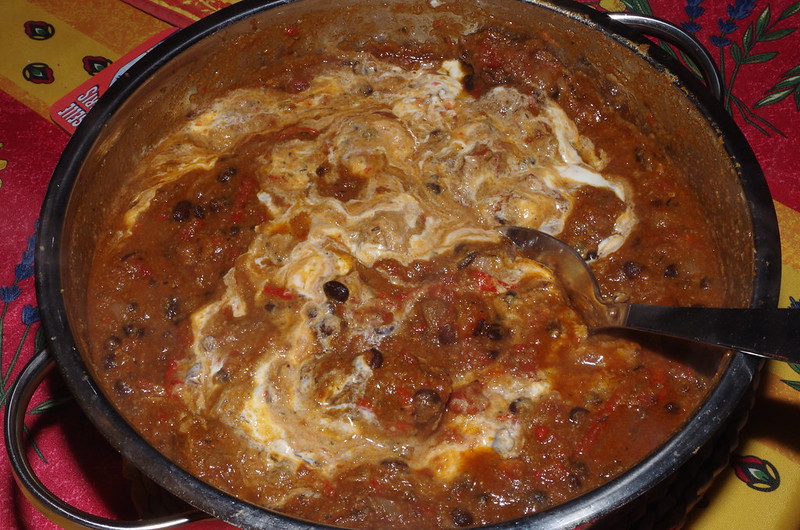 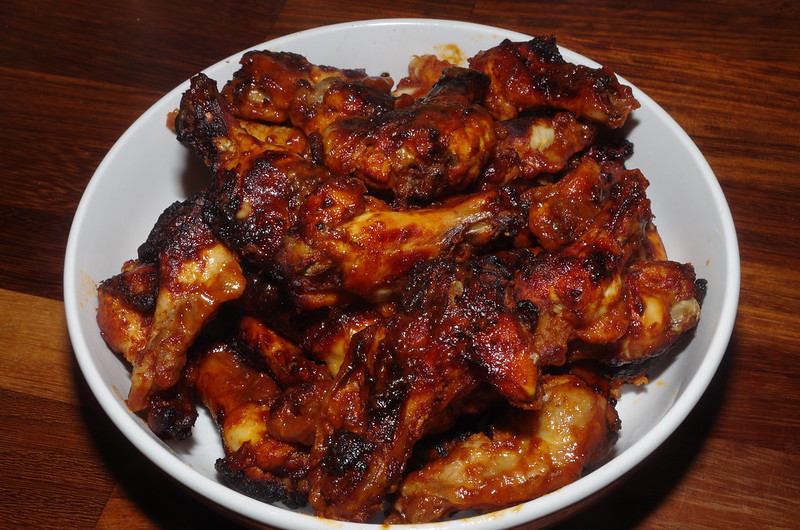 One of those dishes that you see on menus everywhere, but which so often disappoints, mainly because it just isn’t END_OF_DOCUMENT_TOKEN_TO_BE_REPLACED 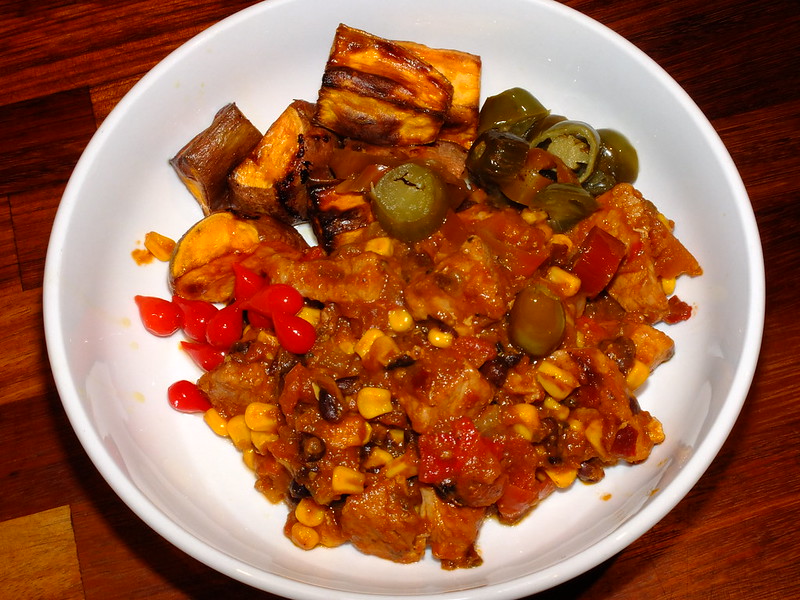 This is what I think of as lazy cooking, basically because after some initial prep and frying off it just cooks itself and can be reheated later. END_OF_DOCUMENT_TOKEN_TO_BE_REPLACED 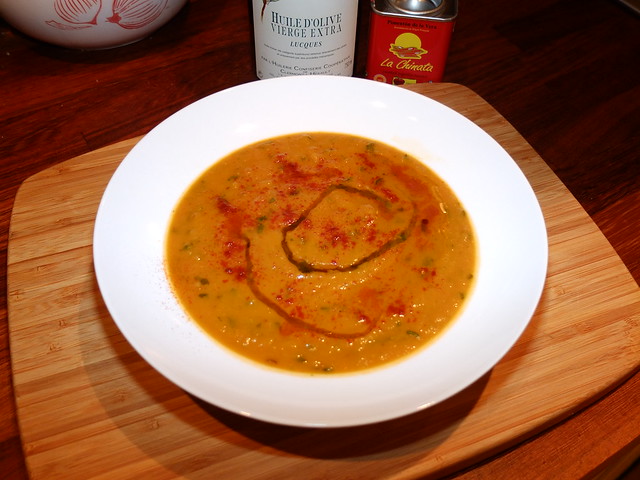 When I roasted the butternut squash for Sunday’s roast pork I deliberately cooked more than I needed. This was because I wanted to use the leftover squash in a soup. END_OF_DOCUMENT_TOKEN_TO_BE_REPLACED 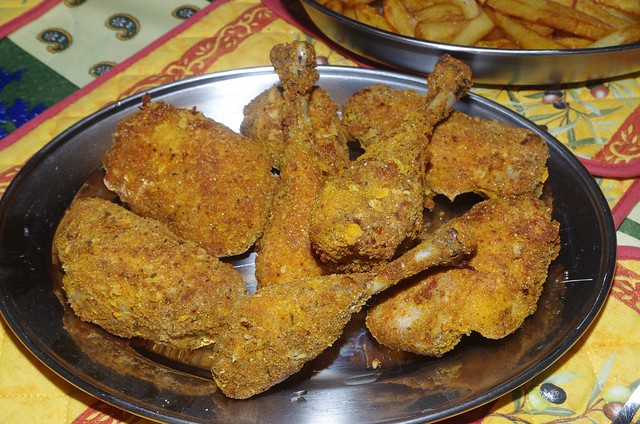 Well, not quite, because this is my version that doesn’t involve a furtive trip to a dirty fried chicken outlet.

I had a load of free range chicken thighs and drumsticks that I poached in water with some bay leaves, black peppercorns, salt, three dried red chillies and a dried chipotle chilli for about 20 minutes. Then, I left them to cool down a bit in the water and then removed them to a plate. END_OF_DOCUMENT_TOKEN_TO_BE_REPLACED

This was inspired by watching the Adam Richman TV series, Man v Food.

Obviously, I don’t have access to those huge barbecue ovens that all the restaurants on the show have, but I thought that pot-roasting a piece of brisket would work after a fashion.

I started this off on Friday morning by making a dry rub from the following; soft brown sugar, garlic powder, salt, black pepper, smoked sweet and picante pimenton, chipotle powder, dried oregano, dried thyme and powdered cinnamon which I rubbed all over the meat in a large plastic freezer bag.

This was then left in the fridge for 24 hours.

On Saturday morning I sliced up a couple of carrots and onions (skin included) and put them in an enamelled iron oven pot. I added a couple oof dried chillies, a few bay leaves and a couple of sprigs of fresh rosemary. I put the brisket on top and poured in most of a bottle of cheap white wine that would make up a gravy and provide steam while the meat was cooking. I sealed the pot with tin foil and put on the lid and then put this in a low (120C) oven for about four and a half hours. After that. I turned off the oven but left the pot in the oven, to get the benefit of the remaining heat.

On Saturday evening, I poured off the rick stock and reduced it down in a saucepan.

The meat was wrapped in foil and warmed through in the oven while some jacket potatoes were cooking.

To serve, I made a kind of coleslaw with red and white cabbage, grated carrots and sliced red onions in a mustardy vinaigrette made with olive oil and cider vinegar.

The spuds were topped with butter and grated cheese and the reduced gravy poured over the incredibly tender meat.

A.K.A “What on earth do you do with turkey mince?”

I occasionally buy turkey mince, but generally use it as a filler with a more interesting meat like pork.

You can make meatballs with it, but it is pretty bland and tasteless, tends to dryness and doesn’t have a great texture, unless you add a lot of other ingredients to make it interesting.

To be honest, turkey mince is pretty dull, which is why I decided to jazz it up with a lot of Mexican flavours.

I soaked some dried ancho, guajillo and chipotle chillies in boiling water for about half and hour and then whizzed them up with garlic, onion, fresh Scotch bonnet chilli, salt and pepper to make a paste.

In a pan, I heated some olive oil and fried some chopped chorizo slices until they were beginning to crisp up and then added the mince, stirring it until it lost the pinkness and then added in the paste, with a squeeze of tomato purée and continued to cook it for a few more minutes. Then I added a squeeze of honey and a glug of wine vinegar and allowed it all to cook until thick. Then I added in a handful of chopped coriander and let it cool.

I rolled out some bought puff pastry and added the meat mixture, rolling it up to make a kind of turkey mince Wellington.

Then I glazed the pastry and sprinkled sesame seeds over it and baked it for about 45 minutes in a hot oven.

As you can see, I served it with a salad and some pickled jalapeños.

It wasn’t bad, there was definitely flavour there, but the flavour wasn’t coming from the mince, which is still just something that needs a lot of seasoning and lubrication to make it interesting.