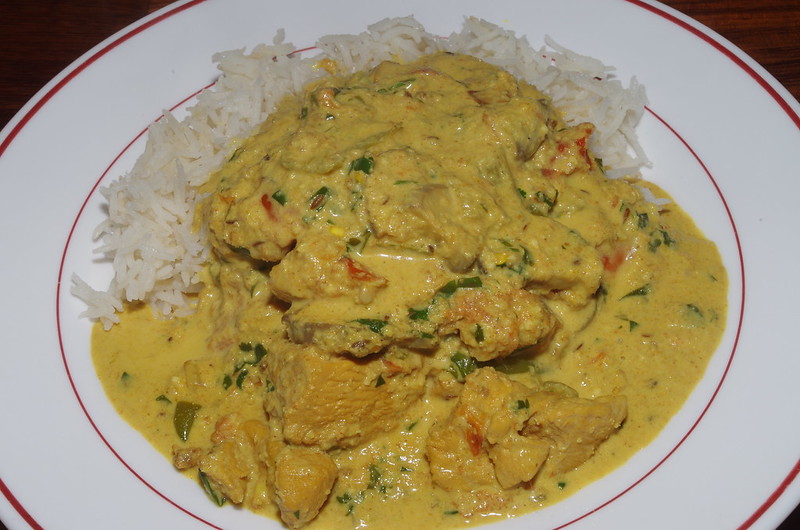 Thanks to the tastes of the public and British Indian restaurant industry, the noble korma of Mughlai cuisine has been much abused and turned into the blandest thing on the menu. END_OF_DOCUMENT_TOKEN_TO_BE_REPLACED 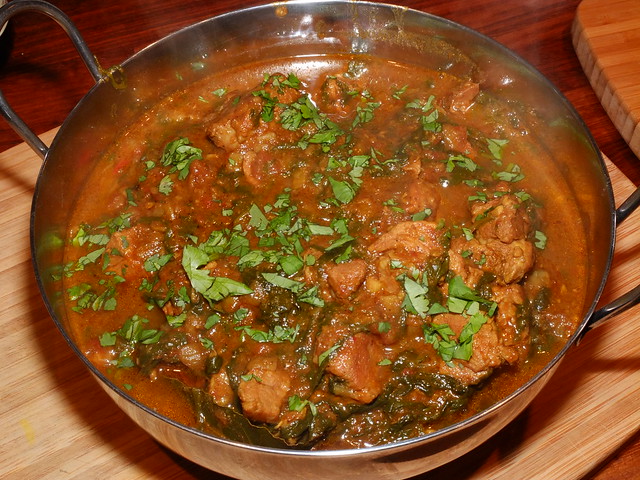 This recipe came from a book that I’ve owned since 1981 or 82. It is called the Complete Indian Cookbook  by Michael Pandya. I don’t think that it is in print any more, but there are second-hand copies available. END_OF_DOCUMENT_TOKEN_TO_BE_REPLACED 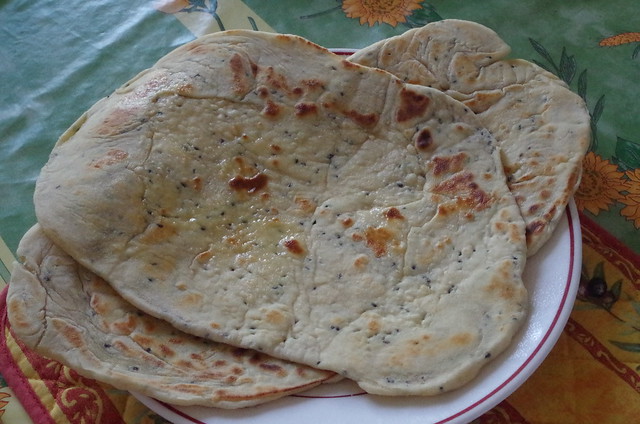 I am always trying to make a better naan-type bread at home, but it really isn’t easy because you cannot generate the heat that comes from a proper tandoor.

It is important to use yeast as a raising agent. I’ve tried recipes that use baking powder, but they just aren’t right. 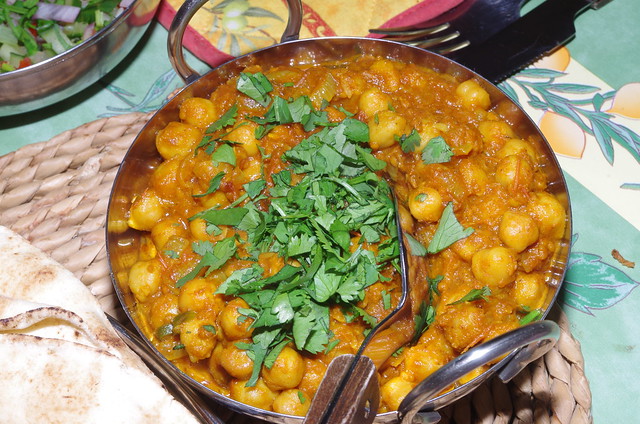 This is something that works well as a side dish but could also be a simple evening meal with some rice or a flatbread with some Indian pickle or chutney. END_OF_DOCUMENT_TOKEN_TO_BE_REPLACED 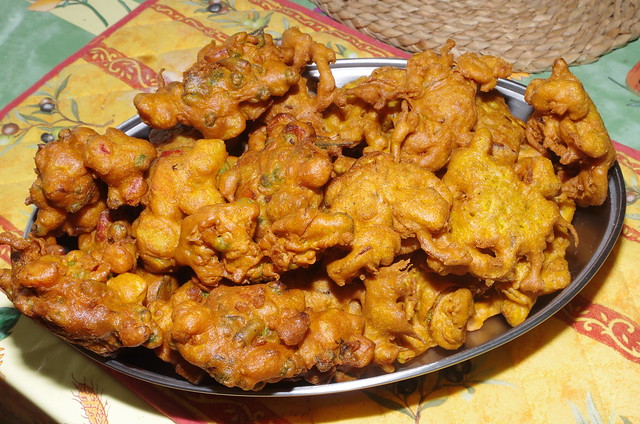 I think that most people who like Indian food like onion bhajis and pakoras. They are easy to make. The important thing is to use gram (chickpea) flour to make the batter.

The batter is simple. END_OF_DOCUMENT_TOKEN_TO_BE_REPLACED 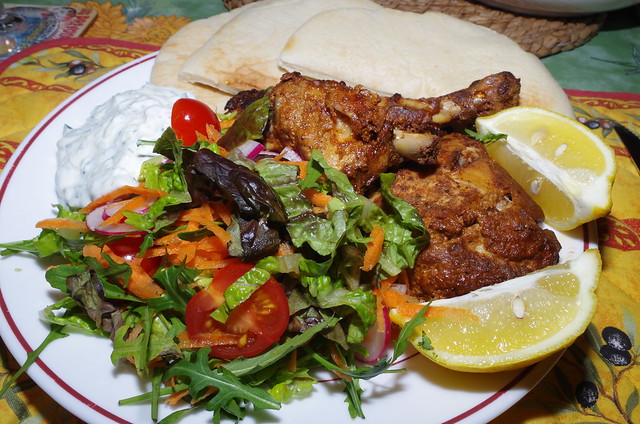 I’ve tried to get tandoori flavours right in the past and, to be honest, it is never really anywhere near as good done at home as the real thing.

This was pretty tasty, though. END_OF_DOCUMENT_TOKEN_TO_BE_REPLACED 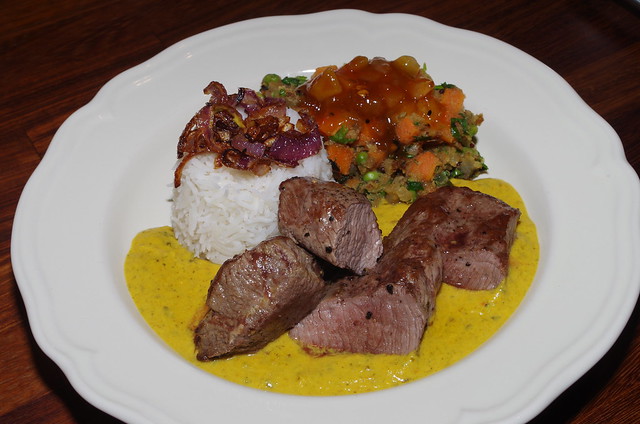 I wanted to try something that was in the same vein as the more upmarket Indian dishes that we see on television from chefs like Cyrus Todiwala and Atul Kochar, not that I am claiming the same levels of skill as they have. END_OF_DOCUMENT_TOKEN_TO_BE_REPLACED 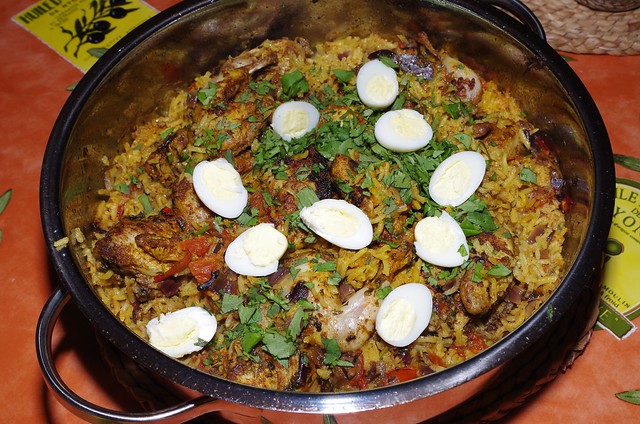 Surprisingly, there are plenty of recipes for quails in Indian cuisine, and a biriyani seems as popular as anything else.

I’ve written about quails in the past and I think that cooking them with rice is a good way to go, because it stops them drying out. END_OF_DOCUMENT_TOKEN_TO_BE_REPLACED

Chicken Tikka Masala is supposed to be the nation’s favourite curry, but I think it is a pretty insipid and bland sort of thing. However, the idea of curries made with meat previously cooked in a tandoor is quite appealing. A lot of restaurants do such things and they are pretty tasty. I wonder if it is a good way of using up chicken and lamb tikka that has been prepped but not used?

Anyway, I marinated some skinned but bone-in chicken thighs in a marinade of yoghurt, Kashmiri chilli powder and garlic paste, salt, turmeric, cumin, coriander and dried methi leaves for about 24 hours in the fridge.

I part roasted the chicken in a 220 C oven for about 15 minutes and set it aside. While this was cooking I made a sauce with onion, garlic and ginger paste fried in rapeseed oil with ground cumin and coriander until the oil began to separate out, to which I added chopped tinned tomatoes, tomato purée and the marinade with some water.

This was cooked until all nicely thickened and when the oil was beginning to separate out on top.

To the sauce I added the chicken and left it until it was time for dinner.

I gently reheated the chicken in the sauce while some basmati rice was cooking.

I also made a spinach side dish. I heated some oil in a wok and added mustard and kalonji seeds until they began to sizzle and pop. Then I fried sliced onion and chopped garlic and ginger until coloured. Then I added a teaspoon each of turmeric and garam masala, some chopped fresh tomatoes and a washed bag of spinach leaves. This was stir-fried until the spinach was very wilted.

A garnish of chopped coriander completed the dishes.

I also made some flatbreads to accompany the meal. These were made with a basic white bread dough, enriched with yoghurt and flavoured with kalonji seeds, which were cooked on a flat griddle on the hob.

You would probably drink lager with this in a restaurant, but we had a bottle of chilled Languedoc rosé wine, from Sainsbury’s Winemakers Selection. Not outstanding, but a pleasant easy-drinking Summer wine.

This recipe came from The Guardian “Weekend” magazine yesterday.

It was from the article about food cooked by grandmothers.

The original recipe called for a whole skinned, boned and cut up chicken, but I was cooking for two and used breast meat only.

Anyway, this is my version.

I mixed the lime juice and salt with the chicken and set it aside.

While the onion was frying in the oil I made a smooth masala paste with all the other ingredients.

When the onions were softened and taking on colour, I added the paste and cooked it until it began to separate from the oil. Then I added in the chicken with some hot water and cooked the whole thing for about 20 minutes, by which time the sauce was reduced.

While this was cooking, I steamed some Basmati rice.

The curry was served with chopped coriander, parathas and mango chutney.

Next time, I will use fresh ginger in the masala paste and add in a chopped green chilli, something the original recipe asked for but which I also didn’t have in the house.

I think that both of those will add some additional punch and freshness.